It's been quite an arduous journey researching and creating this long-promised story. My thanks go out to everyone who has waited so patiently for my first blog post!

EDIN: The Epic of Gilgamesh.

Book one, page one, panel one.

MESOPOTAMIA: THE LAND BETWEEN TWO RIVERS
DILMUN: THE GARDEN OF THE GODS

THE CRADLE OF CIVILIZATION

After researching this story for the past six years, and working on the script and art for the past two or three of those years, we're finally at... the beginning?! Well, the beginning of the actual book, anyway...

Many of you out there already know about this project. However, many more of you do not, and so here we are, and here we go!

TWO-THIRDS DIVINE, ONE-THIRD MAN
HE WHO SAW EVERYTHING

EDIN: THE EPIC OF GILGAMESH is a miniseries based on the Sumerian, Akkadian and Assyrian texts, and some material from the Book of Genesis, as well as other creation epics, such as the Enuma Elish, the Seven Tablets of Destiny, the Sumerian Kings List, the Epic of Atrahasis (Utnapishtim), Zarathustra's Avesta, the Shahnameh and the extinct religion of Zurvanism (Infinite Time/Space).

THE SHINING ONES
THE ABZU

ALL CAME FROM ONE

Somewhere between the pantheon (Annunaki) and the prophetic philosophy and belief of monotheism, this story addresses some of the aspects of creationism, ancient culture and beliefs of the ancient people of the Middle East, as well as the questions and mysteries surrounding man's beginning. This is, of course, my fictional take on the subject.

BEFORE EVE
A TALE OF TWO TREES

This mini-series will not only revolve around Adamu (Gilgamesh), but around his first mate in the garden-- Lilith, who has come to be associated with the goddess Ishtar Inanna). It is more their story, of their relationship and meetings, than anything else. It is a tale of love and betrayal, of man's origins and his legendary quest for immortality.

*This series is dedicated to the Yezidis, Kurds, Nestorians, Mandaeans, Zoroastrians, Gnostics, Coptics, and Modern Assyrians, and to all others whose struggles throughout the ages for peace and acceptance still remain, and endure...

*It is dedicated, as well, to my daughters Katherine and Elizabeth, who are my sun and sky, and to my parents, whom I shall always miss dearly. 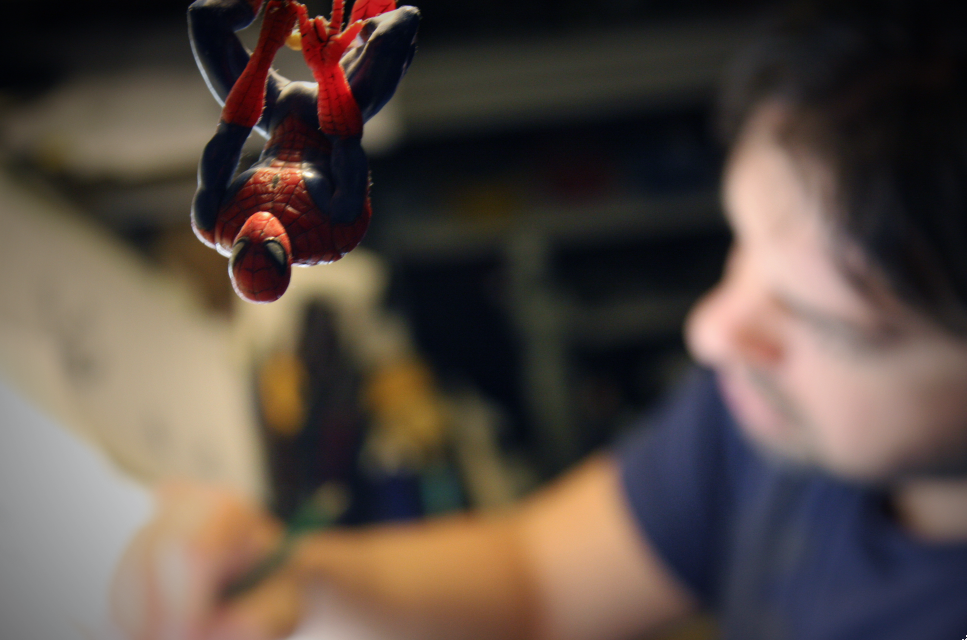 With only 12 days until the third annual San Diego Comic Fest, I'm eager to preview this story in Artists Alley. Hope to see you there!